Part of any software development is being able to debug your code and Cordova applications are no different. By the end of this article, you'll know how to use the debugging tools available for debugging both iOS and Android Cordova apps.

For debugging Android apps, you will need the latest version of Google Chrome.

Google Chrome has debug tools available to remotely debug your Android Cordova app. That is, you debug from your workstation, while running the application on your device.

By default, debug features are disabled on the phone.

Developer Options contains a large list of options that are helpful for developing and debugging applications. I like the Stay Awake option that makes phone stay awake as long as it's connected to an external power source. But the main thing we need is to turn on USB Debugging.

Now we are all set!

Now that we have our device configured to allow debugging, we can start using Google Chrome's Web Inspector. It's important to know that only debug builds are debuggable. If you have an app build with the --release flag, these applications will not appear in the inspector.

In Google Chrome on your workstation, open a new tab and go to chrome://inspect. 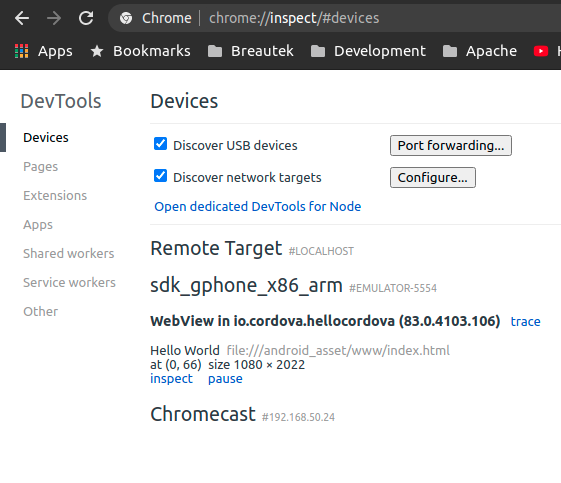 Your connected devices or emulators will appear here with any debugging webviews.

Clicking on Inspect will launch a remote debug connection to your webview. This will launch a new inspector window which has several tabs:

This will provide a view of the HTML DOM Tree. Clicking on HTML nodes will show you styling information. You can edit the styles inline, which can be useful for tweaking CSS until you get your view just right. Don't forget to carry over your changes to your source code!

The JavaScript console shows console prints and error messages. It also allows you execute JavaScript. This can be useful for printing out variables. Tip: $0 will reference the selected node from the Elements tab.

This tab will show all the network requests the webview is making. You can inspect the Header and the request body, as well as the response headers and body.

This tab allows you to record a performance audit. Useful to isolate the cause of slow performing code. Just start recording, then do the slow action on the device, then stop recording. A performance report will breakdown all the JavaScript code being executed as well as how much time is being spent in each function, among other timing details.

Debugging iOS applications is very similar to debugging Android applications. Safari has it's own web inspector that can remotely connect to webview running on the iOS simulator or a physical device connected by USB.

Like Android, we first have to enable debugging. On the iOS device*:

*Note that this option may not appear if you're running iOS on a simulator. 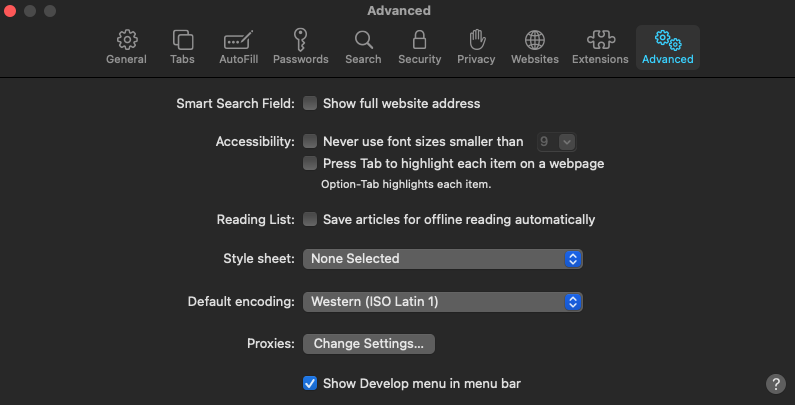 Like Android Cordova apps, iOS Cordova apps can only be debugged if running a debug version of your application. Using a release mode built with the --release flag will not appear in the inspector menu.

With your app running, your device & debuggable webviews will now appear in Develop menu.

Tip: If using a physical device, running a debuggable version of your app is listing your app/webview, you may need to use the Safari Tech Preview instead of the regular Safari Mac app.

The Safari Web Inspector contains all similar tabs and features as the Google Chrome's Web Inspector. View the Android documentation for a rundown of each tab.

Tip: Unlike Google Chrome's Web Inspector, Safari's Web Inspector doesn't capture console events that occurred before the inspector was attached. This is problematic if you're trying to debug a problem that occurs on webview startup. A workaround is to refresh the webview, which can be done by pressing cmd + R while having the Safari Web Inspector focused. 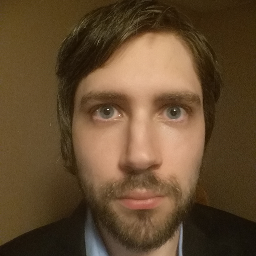 Norman Breau is an IT professional with nearly 10 years of field experience. He has a wide range of skill sets, ranging from web development to backend systems development as well as database & server administration. Presently he works at TotalPave where he plays a lead role in software development projects as well as manages the server infrastructure.

When not near a computer, Norman likes to spending time in nature. Hiking through trails, seeking out local waterfalls or camping in the woods next to open pit bonfires.

Like all websites, web hosting costs money. If the above article has helped you, please considering offering a small tip as a token of appreciation.